Accelerate your digital transformation so that you can restart your operations now. 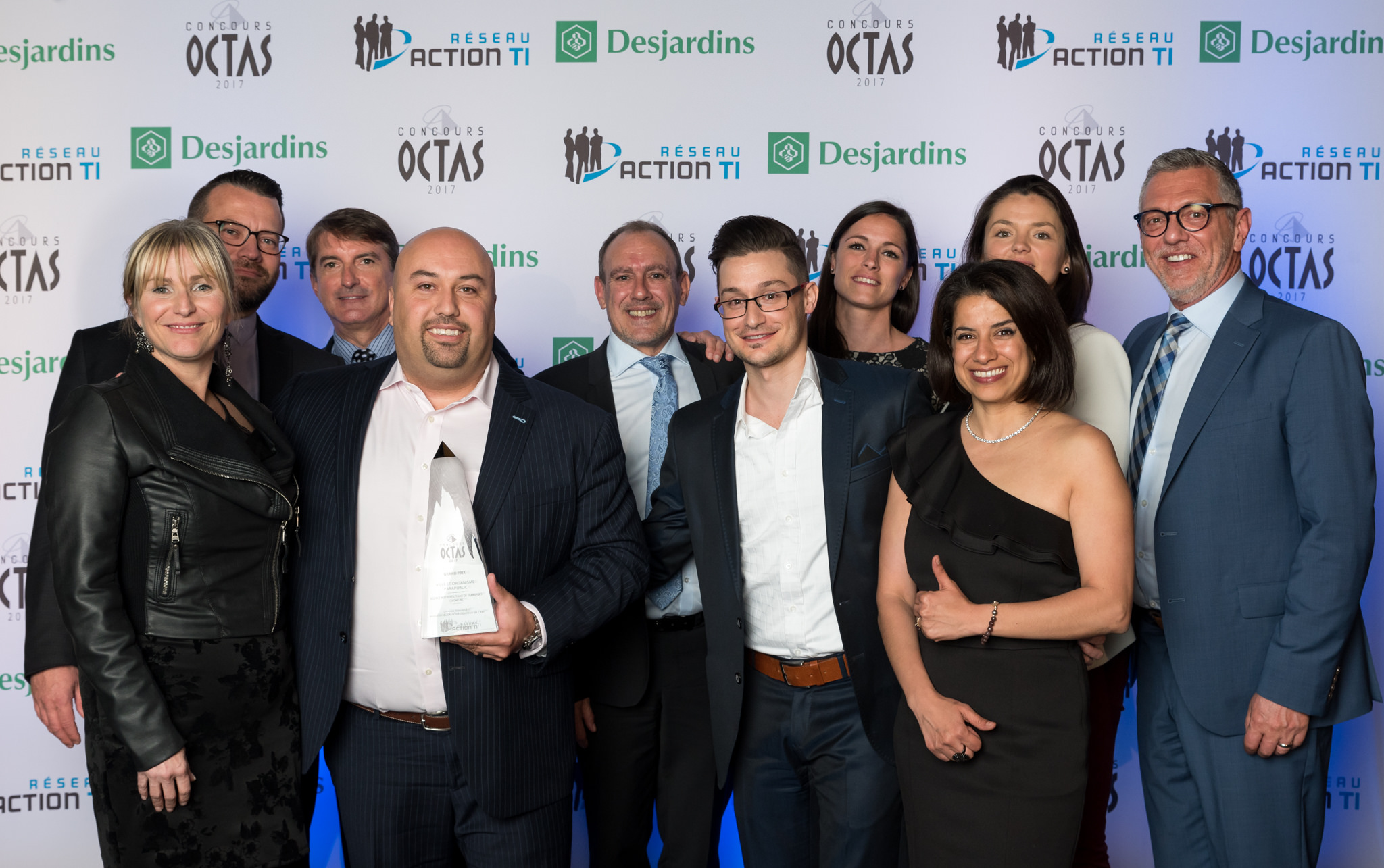 Cofomo is proud to have contributed to the development of the Agence métropolitaine de transport (AMT)’s Chronos Intermodal project : Evolution of the metropolitan SAEIV, winner of the Grand Prize in the “Ville et Organisme parapublic” category at the 2017 OCTAS Gala held on May 25, 2017.

Chronos Intermodal is the 1st intermodal Operational Support and Passenger Information System in Canada. It addresses both intermodal and metropolitan mobility challenges as it allows the consolidation of public transit services and provides real-time travel information.

” This accolade reflects our passion and our desire to better integrate digital technology in service offerings for mass transit users of the greater metropolitan area.  When the AMT was but a few days away from becoming the Réseau de transport métropolitain (RTM), we were bestowed this Octas prize; as a seal of excellence, it recognizes the work we accomplished and provides added incentive to further improve our customers’ experience. “

” This award underlines the significance of the combined effort of the AMT and of Cofomo to expedite the digital transformation of urban mass transit. We are proud of this achievement and “bravo!” to all the participants. “

Organized by the Réseau ACTION TI since 1987, the OCTAS Gala celebrates the spirit of innovation and excellence in IT and digital projects.

Effective June 1st, transport organizations (CIT and MRC) from the the North and South Shores of Montreal, as well as the Agence métropolitaine de transport (AMT), merged their expertise to create the Réseau de transport métropolitain (RTM).

Le Réseau de transport métropolitain is responsible for operating public transit services, services by buses and commuter trains throughout its territory, including specialized transit for persons with disabilities and mobility impairments.

Please don't hesitate to contact us for additional information.